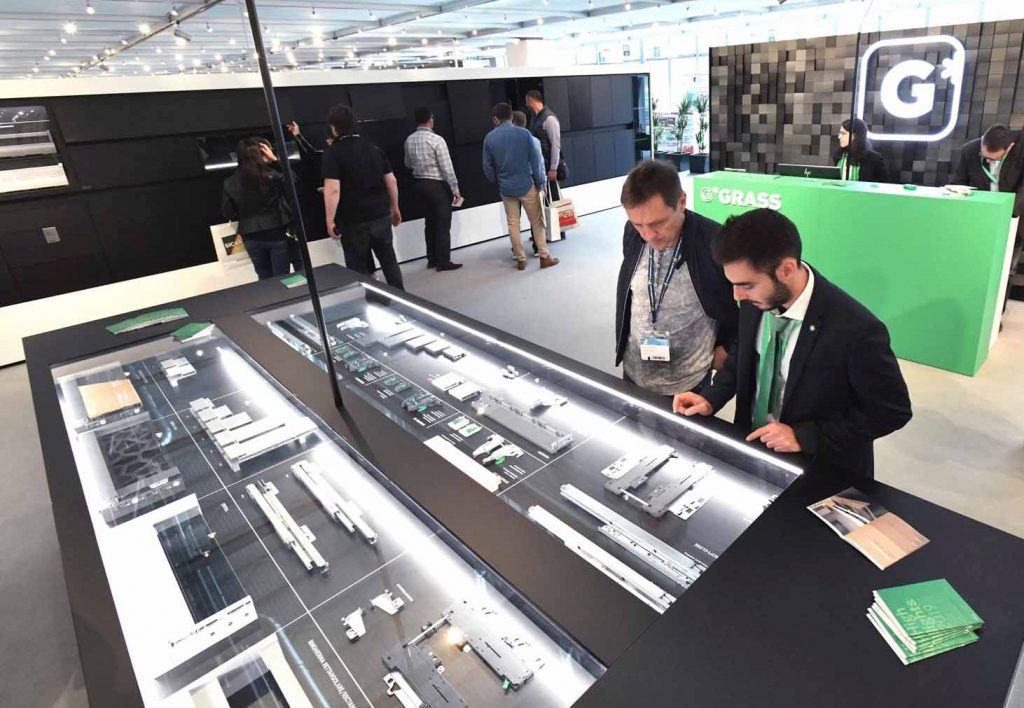 07.11.2019 Once again, the 11th SICAM proved how important the supplier industry is to the furniture manufacturing companies: 8,000 of their representatives visited the 600 exhibitor stands in ten halls. This time round, the quota of international visitors was even higher than last year. The exhibiting companies hailed from 32 countries, the visitors from an astounding 109. Thus, the Grass stand at SICAM 2019 also reflected this internationality. For the movement mechanism specialist, the SICAM 2019 was a resounding success. Compared to last year, the quality of the dialogues was even better, says Marco Müller, general manager of Grass Italy. The visitors were extremely well-prepared. Many of them had already familiarised themselves with our products and therefore approached us with specific questions.

Indeed, for its stand at the SICAM, Grass had mainly upgraded its numerous recent innovations for the furniture manufacturers. We demonstrated clearly that we don’t stand still. Our products are not only visually appealing; they also make processes easier (which is clearly an advantage for the industry and the end consumers). Nova Pro Scala is the perfect example. There is currently simply no better system when it comes to drastically reducing the complexity of the manufacturing processes yet at the same time leaving all design options open, reckons Marco Müller. He says that the runner system is a product that offers an unusually wide range of possibilities for a number of uses, from entry level to high-end.

Besides, the visitors, partners and future customers were not only impressed by the established products but were particularly interested in the latest innovation. We launched Kinvaro T-Slim in the spring of 2019. By now, it has become obvious that the new flap system is certainly fulfilling its high potential; a great many people were very interested in it.

This was not only confirmed by the huge level of interest in the almost invisible flap fitting but also in by many individual manufacturers in the course of the dialogues at the SICAM, according to Marco Müller. Although we were able to get a few people interested in the product at the Interzum, many of the manufacturers were sceptical about how to use it. The same colleagues now came along and told us that they have adapted their collection to make it possible to integrate our solution. That is a huge seal of approval for Kinvaro T-Slim and is bound to result in some outstanding product solutions at the Eurocucina/Salone del Mobile. 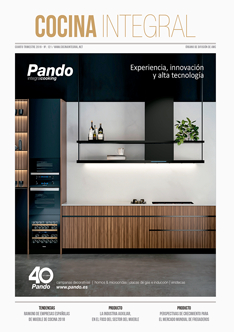